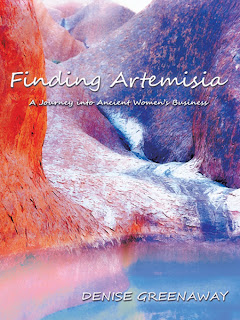 In my book, Finding Artemisia, Artemisia struggles with alienation and isolation in her daily struggle with eating and body image. She writes about it in her Oracle
Here's what she says is the way out: LOVE
LOVE
Love on Earth can often hide, And we can be fooled by its disguise.
No definitions of it we can command;
It is not supplied on-demand.
It gives freely without conditions;
It sings sweetly of soft renditions.
It blossoms in flowers and exudes rich perfume.
It sings from a bird’s throat in the morning
And at noon.
It shines in the night sky of unfathomable depth.
And it lives in the eyes of all who have wept.
To taste it, you just need to be awake;
It’s in the smile of your mate.
It’s in a lover’s perfume,
And it’s in the solitude of your room.
Do not despair when you think you can’t find it,
For ‘tis EVERYWHERE.

An Ode to Marilyn 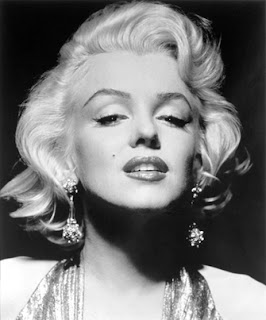 In my book Finding Artemisia, Artemisia is a 14 year old girl with anorexia. She calls her collection of thoughts, drawings and poetry The Oracle. One of the most touching poems in The Oracle is her ODE TO MARILYN

If I were Marilyn Monroe, the famous beauty queen,
And you, the wise professor, with thoughts and words to preen,
I’d prance about and whimper and wait impatiently
For your wise and golden knowledge to graciously encompass me.
And when you finally would appear, with thoughts and words in hand,
I’d toss my hair and bare my breasts and bleat of the love you’d fanned.
You’d smile perhaps a little, but seriousness soon would grow,
As you carefully consider how I fit with what you know.
“The pleasures of the flesh I have chosen to ignore,
I seek the greater things in life, the sea, not just the shore.”
And I would smile as teardrops fell on beauty spots that cried,
“I’ll know that all too soon, my friend, for I’m about to die.
You’ve failed to see my beauty; you’ve been blinded by your eye.
Your mind is crammed with things you know,
And your heart’s afraid to fly.”
So now the world does mourn me, and all the ghosts do sigh.
But you once had your chance, and you sooner had me die.


Posted by Denise Greenaway at 21:45 No comments:

After the election.. the anxiety continues

The American elections took up a lot of air space in Australia as well other countries concerned about  the effects on Wall St and the international monetary systems. Anxiety about money seems to be the order of the day. And anxiety belongs to situations that are out of one's control. (I know, I see a lot of anxious people. Im a psychologist.) Sometimes such anxious people are known as the worried well, because they're not really unwell, they just don't feel safe about the future or even the present.  Even after the election they still have the jitters as does Wall St. And why wouldn't they? Their money, their future is the hands of people who are proving themselves to be incompetent, amoral and driven by self interest. So what about taking our power back. One country has shed its national debt. Iceland. But maybe America/ Europe/Australia are more complicated. So what can we do as individuals?
1 stop repeating the same mistakes
2 stop investing in systems that rob the poor to pay the rich
3 stop expecting governments to bail out failing systems
4 start acting locally in our community
5 rely less on money, begin to trade, exchange and recycle
6 build community networks that are supportive and sustainable
7 get creative about ways to obtain income

BUT MOST IMPORTANTLY STOP EXPECTING GOVERNMENTS TO SAVE US. THEY CAN'T. THEY KNOW IT. AND IT'S ABOUT TIME WE DID TOO


Posted by Denise Greenaway at 18:31 No comments:

Storms are a natural part of the growling, tempestuous earth on which we live. Perhaps global warming has contributed to their intensity, but many ancient peoples have recorded big winds and high waters. The Australian Aboriginal people lived through over 40,000 years of climactic changes and in their wisdom often moved out of harm's way, at the first signs of trouble to come. Their adjustment to Mother Nature's moods was not hampered by the sort of infra structures that industrial nations have since built. Aboriginal people had no sky scrapers, undergrounds or cities balancing on reclaimed lands.  They lived with the Earth, feeling her movement, reading her signs. When the big flood hit Brisbane not long ago, the waters reached right through the centre  of Australia as they had done before, many times. And so as we watch tsunamis sweep into Japan destabilising nuclear reactors, and cities like New York being washed by the sea, we realise how much faith man has in his own creations and yet how little connection to the seasons of the earth.  The earth is ancient and modern man, but a pup. Perhaps the engineers need to have a longer conversation with the people who have walked upon the Earth for eons.  Perhaps we need to remind them.

Posted by Denise Greenaway at 17:31 No comments:

Promote Your Page Too